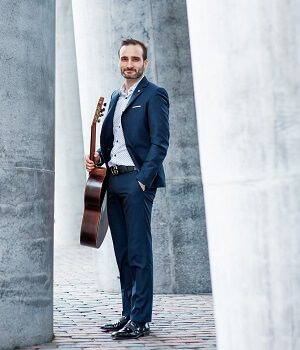 As a graduate of the Doctor of Musical Arts program at the University of Toronto (Nov 2018), his doctoral research was dedicated to training the next generation of musician through promoting performance excellence.  Specifically, his research focused on adopting methods and techniques from athletics to form a more rounded, multifaceted approach to performance preparation for guitarists.  This published thesis, "In Pursuit of Guitar Excellence:  the Effects of a Multifacted Approach to Performance Training" can be found online.

Dr Crawford has remained active in 2021.  Notably, he and Dr Roydon Tse received a prestigious Canada Council for the Arts grant to commission a new large-scale work for the classical guitar.  Additionally, along with several online and outdoor concerts, his debut full-length album, Celebrated Guitar Solos, was released in April.  Staying invested in the future of the classical guitar, Brent has secured professional membership positions with three major music boards across Ontario, including the Guitar Society of Toronto, the Sauble Beach Guitar Festival and as head of the Peel Music Festival's guitar section.

Brent performs on a 2009 cedar guitar by Spanish luthier Paulino Bernabé and uses strings by D'addario.