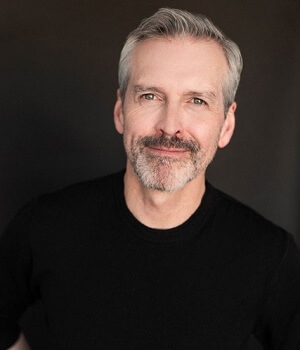 Ian Simpson (he/him) has been a professional musical theatre performer for over 35 years and is currently the Canadian regional rep for Musical Theatre Educators' Alliance.  He is a graduate of Queen's University (Bachelor of Music in voice) and Sheridan College (Diploma in Music-Theatre Performance).  He has been on faculty in the Music Theatre department at St Lawrence College since 2014 and is also currently a voice teacher at Sheridan College in the Music Theatre Performance program.

As an actor/singer, Ian has worked at such theatres as the Stratford Shakespeare Festival, Shaw Festival, Charlottetown Festival, American Conservatory Theatre in San Francisco, and played Harry Bright in the US National Tour of Mamma Mia! where he toured to over 144 cities across Canada, the US and Mexico.  He has worked with Tony-nominated directors Frank Galati, Susan H. Schulman, Gary Griffin, Brian MacDonald and Brian Bedford; Olivier-nominated director Phyllida Lloyd and esteemed Canadian directors Donna Feore, Robert McQueen, Jackie Maxwell, Christopher Newton and Richard Monette.  He has sung internationally with The Orchestra Japan across Japan and Taiwan.  You can also see him in guest starring roles on CBC's Diggstown and Murdoch Mysteries.

Ian is very excited to be an adjudicator for the Hamilton Music Festival and meeting all the wonderful singers!  For more information, check out his website:  iansimpsonstudio.com