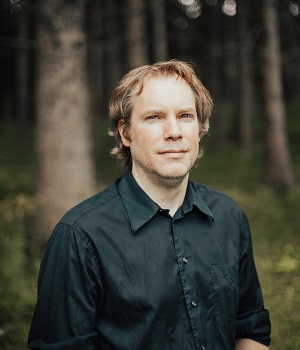 Described as having "scintillating technique" (Barrie Examiner), pianist Benjamin Smith has performed both as soloist and chamber musician across Canada and the United States.  He has been a laureate of numerous competitions, including the Dublin International Piano Competition, the Virginia Waring International Piano Competition and the CMC Stepping Stone Competition.  Guest appearances include the Stony Brook Symphony Orchestra, the New Juilliard Ensemble, the Las Vegas Young Artists Orchestra, the Ontario Philharmonic, Orchestra London, the Burlington Symphony, the Windsor Symphony and the University of Toronto's Hart House Orchestra.  As soloist, he has performed under esteemed conductors Rossen Milanov, Marco Parisotto and Yunior Lopez, with concertos including rarities such as the Schoenberg Piano Concerto.  Festival performances include repeat appearances at Toronto, Banff, Stratford, Niagara, Port Milford and New Park (Ithaca, NY).  American performances include recitals for the Texas Chopin Society and Chicago's Landowska Harpsichord Society.  Recent seasons have seen two concerts in Carnegie Hall:  once as soloist in Gershwin's Rhapsody in Blue with the Hart House Orchestra, and previously in recital with Canadian cellist Dongkyun An.  A disc with Mr An of Saint-SAens, Schumann and Beethoven was released in December 2016.  Other commercial recordings include a disc of Canadian chamber music (Aboriginal Inspirations 2017) and extensive solo recordings for the 2022 Royal Conservatory Celebration piano series.

Devoting considerable time to chamber music, Ben has been heard nationally across Canada on CBC Music, as well as radio broadcasts in the UK.  He has partnered in recital with a myriad of renowned artists including Martin Beaver, Tomothy Chooi, Colin Carr, Narek Hakhnazaryan, Jacques Israelievitch, Jinjoo Cho, Stanislav Pronin, Gábor Tarkövi, Øystein Baadsvik and William VerMeulen as well as with ensembles such as the Penderecki, Cecilia, Annex and Tokai string quartets.  For two seasons he performed as one-third of the Israelievitch-Smith-Ahn piano trio.  Involved with music of our time as well, he is regularly found playing keyboards with the Esprit Orchestra in Toronto, and has worked with composers, John Corigliano, Reinaldo Moya, Chandler Carter and Alice Hong.

Increasingly in demand as a teacher, Ben has been active as an adjudicator and juror for festivals and competitions for many years, and has adjudicated many of the largest music festivals in Canada.  His students have had success in this realm as well, including the CFMTA National festival.  He has also served on panels for competitions internationally, most recently for the OPUS competition in the US.

Dr Smith currently resides in Toronto, maintaining a concert schedule and serving on the faculties of both the Glenn Gould School (GGS) and the Taylor Young Artist Academy at the Royal Conservatory.  Previously, he held a position on the piano faculty at Western University.  His principal teachers included Andrea Battista, James Anagnoson, Julian Martin and Christina Dahl.  Along with a DMA from Stony Brook University, he holds a Bachelors degree from the University of Toronto, an Artist Diploma from the GGS and a Masters from Juilliard.