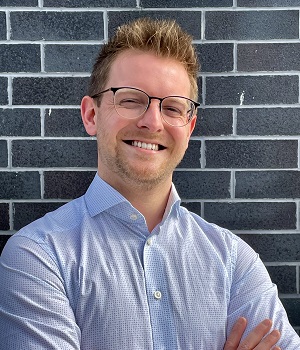 Matthew Pope, D.M.A., is a solo and collaborative pianist and teacher in London, Ontario.  A graduate of the DMA program from Western University (London, ON), Dr Pope's research and performance interests focus on French repertoire of the late 19th and early 20th centuries, with a particular focus on the works of Gabriel Fauré (1845-1924) and Claude Debussy (1862-1918).  During his academic career, Dr Pope studied with John-Paul Bracey, Stephan Sylvestre and Dr Brett Kingsbury, and won numerous scholarships and awards, including the UWO Gold Medal for Piano Performance in 2013, and two Ontario Graduate Scholarships (2014 and 2018).  He also spent a month studying with Jean-Paul Sevilla in France during the summer of 2012, and is a former student of pianist, Ron Greidanus (Georgetown, ON).  Dr Pope enjoys working in collaborative settings as a pianist and orchestral continuo player (on both harpsichord and organ), and has worked with conductors Lydia Adams, Charles Demuynck, Mervin Fick, Ron Greidanus, Simone Luti, Dr Patrick Murray, Tyrone Paterson and Robert Raines (1947-2011).

Matthew has performed as a pianist, harpsichordist, and organist as a soloist and/or ensemble player with numerous groups, including the Georgetown Bach Chorale, the Bach-Elgar Choir (Hamilton, ON), the Masterworks of Oakville Choir, the Oakville Chamber Orchestra, the Brampton Symphony Orchestra, and Magisterra Soloists (London, ON).  In addition, Dr Pope is the Music Director and Board Member for Luke's Place, a mission of the Anglican Diocese of Huron, located in London, ON, which focuses on ministering and aiding the student community where the mission is located.

Dr Pope also maintains a private teaching studio, where he strives to foster his students' love of music and provide them with a strong technical facility in order to allow them to be their most expressive selves as they perform.