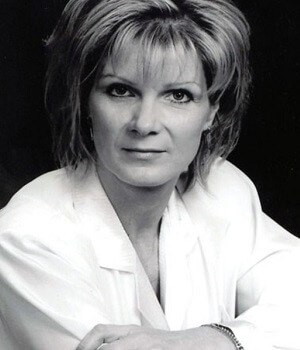 Described as “technically flawless” and “a pianist of power and conviction” (Ann Arbor News, Michigan), Cynthia Tormann has performed in recital and as guest soloists with orchestras in Canada, United States, England, Germany and Portugal. Having received her ARCT in Piano Performance from the Royal Conservatory of Music at age 16, Tormann continued studies in London England with David Wilde. She holds a Bachelor or Music with Distinction in Piano Performance from the University of Michigan where she was invited to study by renowned pianist György Sándor; and a Master’s andDoctorate Degree in Piano Performance from Indiana University where she studied with the legendary György Sebök. From 1992-1994 she was Professor of Piano at the Orquestra Metropolitana in Lisbon Portugal where she was contracted to perform more than 30 concerts a season. From 1994-1996 she taught at McMaster University and is currently Associate Adjunct Professor at Queen’s University. Tormann has been a finalist in both national and international competitions including the International DuMaurier Competition in Montréal, a prize winner in the Young Artists Keyboard International Competition (1986) and twice the recipient of the highest award given by the Canada Council Chalmers Fund. Tormann has been teaching at Queen’s since 1995 and was twice awarded the school’s Music Teaching Award. She has performed numerous times as guest soloist with he Kingston Symphony, and in solo recital for the Queen’s Performing Arts Series, the Faculty Artist Series and the Music Soirée Series for the Kingston Symphony Association. She performed at the 60th birthday celebration of Marian Mozetich which was recorded by CBC Radio, and for the installation of the new Principle of Queen’s in 2004. She has adjudicates on a local and national level for the Peterborough Festival, the Sterling Festival, the Peel Featival, the Ottawa Chamber Festival, the Regional ORMTA Competition and twice for he Alberta Provincal Finals, and continues to maintain an active performing career.